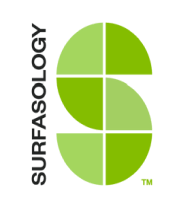 Dryzone Cream was used to install a chemical dampproof course into the old stone walls of this fantastic structure. Repairs to the internal walls were completed using SURFASFIX SBR with Maxseal Flex was used as a flexible, breathable tanking material. SurfaPore C water repellent was used to protect and enhance the stone work on the… END_OF_DOCUMENT_TOKEN_TO_BE_REPLACED

K&D Developments Ltd. complete extensive refurbishment works on this project. Part of the works consisted of the cleaning and protection of the facade. SURFASCLEAN was used to clean the surface prior to the application of Stormdry Cream, which provides protection and prevents water ingress to the facade.

Church of the Sacred Heart is a Roman Catholic Church built in 1940. The Bell Tower of the church was badly infected by an extensive growth of red algae. The surface was cleaned by SURFASCLEAN Fungicidal Wash prior to the use of SurfaPore C as a water repellent for the long term protection of the… END_OF_DOCUMENT_TOKEN_TO_BE_REPLACED

McKee Barracks, originally called Marlborough Barracks, was built by the British Army in 1888. After Ireland became the Irish Free State in 1922 the barracks were occupied by the Irish Free State forces.Major refurbishment works to the roof structure of the building were undertaken in 2013-14. SURFASOLOGY were consulted regarding a solution for the treatment… END_OF_DOCUMENT_TOKEN_TO_BE_REPLACED

Sligo Courthouse – described as “the most impressive High Victorian building outside of Dublin” – was built in 1878 on the site of a former courthouse, part of which has been retained as a link with Sligo’s turbulent history. The exterior of Sligo Courthouse was built largely of sandstone, which had been brought in from… END_OF_DOCUMENT_TOKEN_TO_BE_REPLACED

The National Botanic Gardens were founded in 1795 by the Dublin Society (later renamed the Royal Dublin Society. The National Botanic Gardens are located in Glasnevin, Dublin, and participates in national and international initiatives for biodiversity, conservation, and sustainable development. It is Ireland’s seventh most popular visitor attraction, and the second most visited free attraction.… END_OF_DOCUMENT_TOKEN_TO_BE_REPLACED

Muckamish Fort Martello Tower was built at the beginning of the 19th century on Crohey Head, Co. Donegal. The tower was constructed beside the sea using sandstone and limestone. In 1950s the Tower was refurbished: the parapets were covered with asphalt (about 20mm thick) and the walls were pointed with cement mortar. The run off… END_OF_DOCUMENT_TOKEN_TO_BE_REPLACED

This website uses cookies to improve your experience while you navigate through the website. Out of these, the cookies that are categorized as necessary are stored on your browser as they are essential for the working of basic functionalities of the website. We also use third-party cookies that help us analyze and understand how you use this website. These cookies will be stored in your browser only with your consent. You also have the option to opt-out of these cookies. But opting out of some of these cookies may affect your browsing experience.
Necessary Always Enabled
Necessary cookies are absolutely essential for the website to function properly. These cookies ensure basic functionalities and security features of the website, anonymously.
Functional
Functional cookies help to perform certain functionalities like sharing the content of the website on social media platforms, collect feedbacks, and other third-party features.
Performance
Performance cookies are used to understand and analyze the key performance indexes of the website which helps in delivering a better user experience for the visitors.
Analytics
Analytical cookies are used to understand how visitors interact with the website. These cookies help provide information on metrics the number of visitors, bounce rate, traffic source, etc.
Advertisement
Advertisement cookies are used to provide visitors with relevant ads and marketing campaigns. These cookies track visitors across websites and collect information to provide customized ads.
Others
Other uncategorized cookies are those that are being analyzed and have not been classified into a category as yet.
SAVE & ACCEPT

We hope that you are all keeping safe and well.

We would just like to confirm that that we are open for business to support emergencies or ‘essential’ sites with structural waterproofing & construction products, services, and technical support during the current Level 5 restrictions.

We have both COVID compliant and remote working systems in place in order to provide our customers with an uninterrupted service.